2 years ago i took the top from a yummy organic pineapple to my green-thumbed friend K.R. who stuck it in a pot.  i remember when i was a kid in florida, my mom used to stick them out in the dirt and sometimes they'd grow into pineapple plants.  i don't remember them ever having pineapples on them, but K.R.'s, 2 years later, here in her house in vemont, now has a baby pineapple getting bigger by the day! 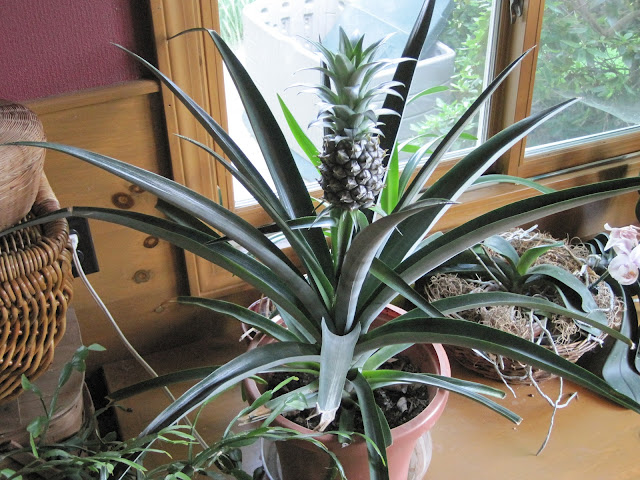 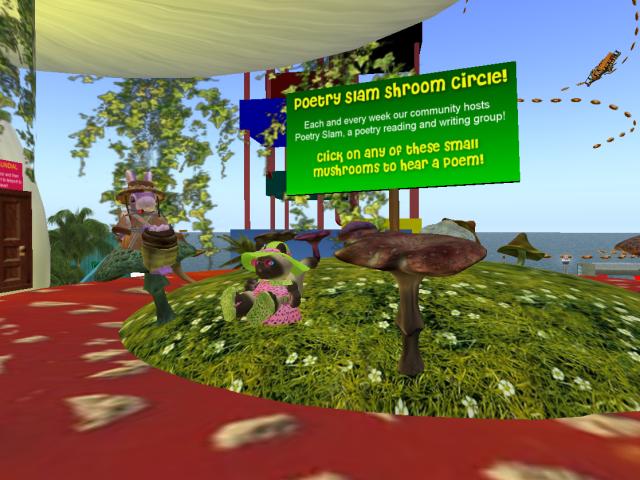 mudpie's listening to her poem AGAIN with a handsome bunny who happened by.
she's so excited that her poem is in one of the 'shrooms at the tinies' exhibit area for SL9B (Second Life's 9th birthday celebration).  mudpie's written many haiku, but she didn't realize how complicated an ode is to write when she started it!

tinies are friendly and fun and love waffles, but lots of them are also poets!

waffles glow in shades of golden.
roundness is a waffles contour.
small square holes for butter holdin'
into which we syrup's font pour.

you can eat things on a stick stuck,
vegan vegetarian local,
sandwiches or hot falafels,

you can fry food in a mix up,
mew for cheezburgers - be vocal,
but for me -- i can haz WAFFLES!
No comments:

around mid-morning john got in his car and drove to the village store and post office.
walking from the store back to his car, he passed a woman who said "there's a fish on the hood of your car."
idly his brain muttered to him about how many crazy people there are in the world.
nonetheless, he walked around to the front of the car, and there on the hood on the passenger side, was a smallish trout.

soon a group of people stood round the front of the car staring at the fish and putting forth theories about how it got there...none of which made much sense.
although it is actually the car that we bought to replace the one that the flood destroyed, you can't make anything of that!
eventually ryan came out of the store, looked at the trout, and opined that a bird had dropped it.

that was the best explanation heard, and everyone nodded, reconfirmed in their belief that the world and life actually do make sense.  here's a picture.

life on a boat

flying is so very useful when for example hanging the pleasant sounding windchime mudpie made in toady's class ! 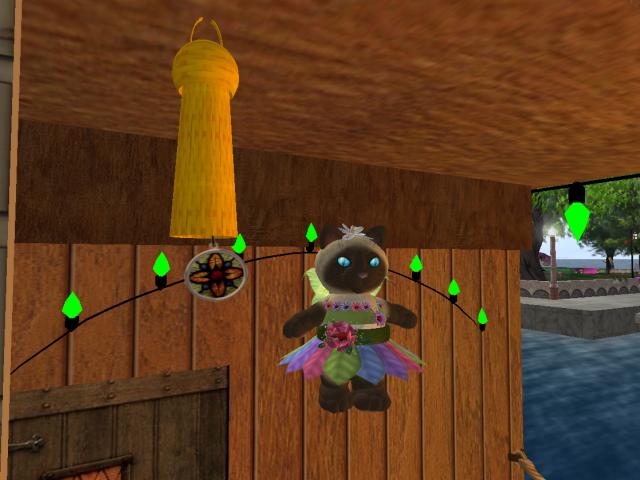 nothing quite so nice as life on a houseboat in the summer in Raglan! 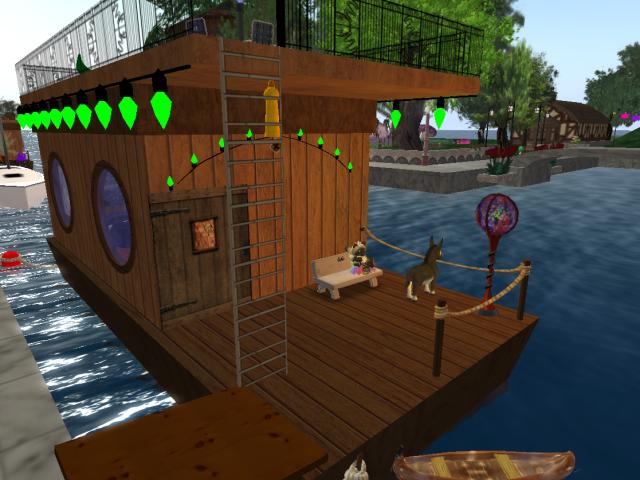 it's been awhile since i shared my kitchen with ants. in florida it was normal. here it is not. at first it's "eek ants!"then efforts at improved housekeeping. eventually they become pets.i found a tiny hole where some were coming in, and just as i put a bit of duct tape over it, an ant arrived carrying a really good crumb. what to do!let her through?  send her on to her next life as perhaps a great bodhisattva? karma is too complicated for me.  i did nothing. where is she now?  roaming the kitchen carrying her crumb, endlessly following the ant trails that get her nowhere until she succumbs.or did she find another way out?sometimes i let the ants search the counter -- i haven't figured out what they like.they have ignored a banana, but seem to like an empty cereal bowl.we moved the cat's dishes to the back room to get them away from the ants.the cats dumped their water, tore up the newspaper under the dishes and put bits into the dishes, and dumped the dishes.we moved it all back to the kitchen -- let them eat ants!

yesterday i happened into second life just in time to listen to an hour of "The Long Dark Tea Time of the Soul" in Raglan, thanks to Shady Fox's Sci-Fi Radio Theater.
definitely, i thought, i must re-read this for the nth time, soon!

this morning, monday, is overcast, barely 60 F, rainy off an on, that is to say cold and dreary in the way that makes it hard to even get out of bed and no amount of coffee seems to help energize the day.  finally i went to the bookcase and took down "The Long Dark etc" and sank into a big chair.
ahhhh blessed relief!

reading the first sentence "It can hardly be a coincidence that no language on earth has ever produced the expression 'As pretty as an airport.'" was like sliding down into a warm bath.
no other author understood so well as Doug Adams the kind of book that makes a cold dreary damp rainy day feel like a gift!
No comments: