Les Miserable by Theatre on the Hill

minding her own business in her pumpkin-head psycho nurse hallowe'en costume, mudpie got a message from Skyblue Earthboy that Theatre on the Hill was doing Les Miserable (which they've been working on for a loooong time!) right now!

she tp'd right over and sure enough the seats worked for tinies too!  hooray for tiny power!  my snapshots are not very clear, but you'll get the idea.
the singing was beautiful, and the sets stunning. the acting was a bit robotic in places, but perhaps that's as good as it gets. 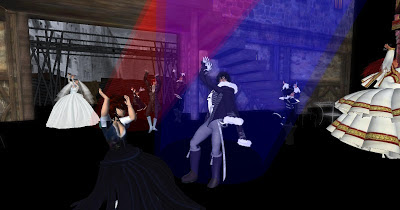 ordinarily i don't go for seeing something in SL that would actually be better in RL, but i'd never seen Les Miserable, and i did enjoy the music. 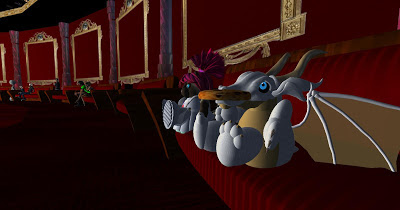 michael heard i was the only tiny attending and came to be my wingman, as he put it!  as you can see we are both mesmerized, even tho he was watching on his CELL PHONE! 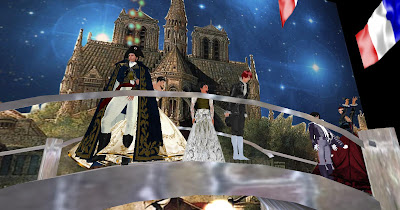 actually i have no idea what the plot was about, but still it was lots of fun with lots of good energy in the troupe. made me miss Lucy's days on the SL stage!
No comments:


a friend from college borrowed a house in Brookfield -- a totally out-of-the-way town.  the house is on a narrow dirt road off a wider dirt road off a back road.  thank goodness another friend lent me her GPS or i'd never have found the place in the dark in total autumn fog!

we had a great time, 6 friends from all over the country who see each other once a year or so.


Brookfield is known for its floating bridge - currently closed for repairs - and surprisingly there's a wonderful restaurant there, too, Ariel's.

vermont's leaf show was not up to par this year, but vermont is always beautiful (except maybe in November)
No comments: